Each week we will publish data about how the air quality is performing, including interesting insights and deep dives into why our air behaves this way. The daily average by region remained quite stable as well, from Tuesday through Thursday the daily averages were Moderate. Over the weekend, however, in many regions the air quality got worse on average, with large increases in pollution during the night. When considering the hourly trends in Jabodetabek last week, it is visible that from Tuesday through Thursday, air quality levels across the entire region even improved to Good, particularly on Tuesday when we were greeted in the morning with healthy, fresh air. Over the weekend however, we can see the large variations of healthy and unhealthy air.

Hourly Trends For All Jabodetabek We took a closer look at what happened over the weekend starting on Friday afternoon and through the middle of the night. Around 4PM in the afternoon, unhealthy air increased significantly in both DKI Jakarta and Bodetabek. We can see in the chart below that in Bodetabek, the level of air pollution is consistently higher than in DKI Jakarta. Around 2AM, there was a sharp improvement of air quality, which was caused by a thunderstorm that covered the entire city. 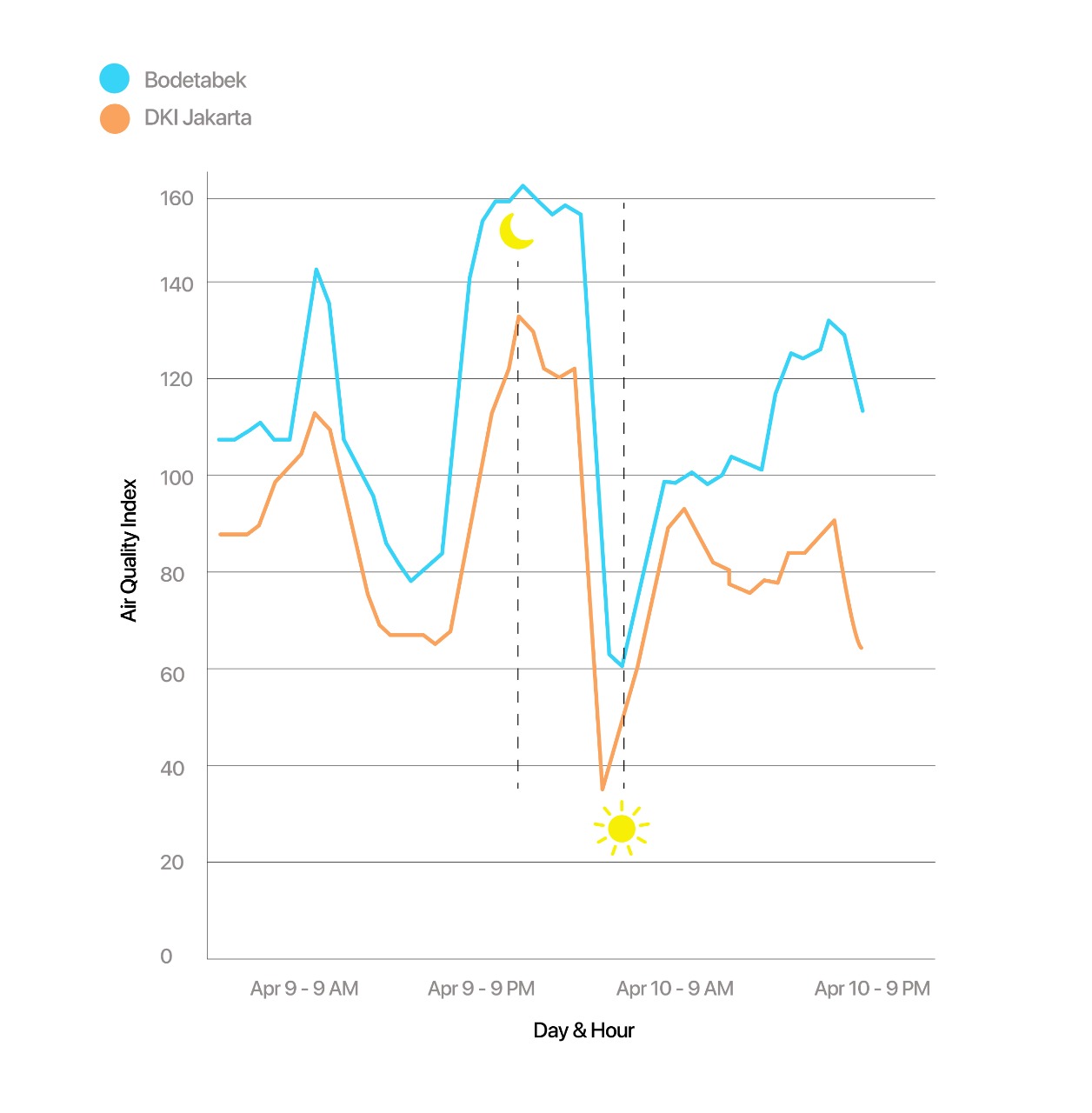 Exercising is better for our health than a sedentary lifestyle, but we also need to be aware of the risk that high levels of air pollution poses to our lungs.

Air pollution trends in Jabodetabek vary by hour, and nafas has discovered that between 4-9AM each day there are higher chances of the air being unhealthy. Referencing research from the University of Cambridge, nafas has created an exercise alert in the app that provides feedback whether time spent outdoors should be reduced by 90 minutes, by 30 minutes or completely.

In the last week, the air quality from 4-9AM was not unhealthy enough to reduce exercise. 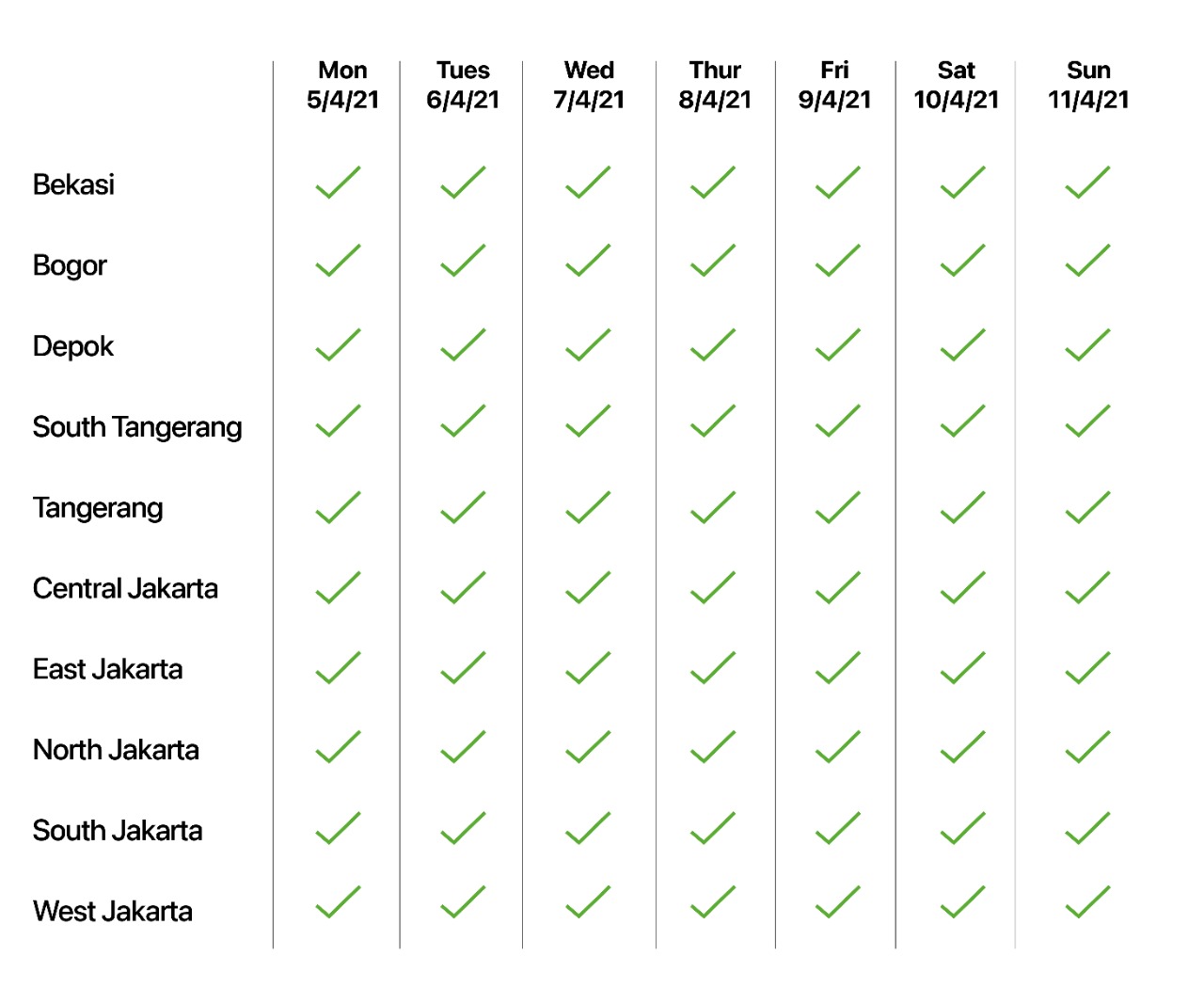