Three Reasons Why Air Quality Got Worse During PPKM

Over the last 3 weeks, much of the country including Jabodetabek has been placed under PPKM restrictions to limit the spread of COVID-19. CNN reports that lockdowns had improved air quality in 84% of countries around the world.

Meanwhile, many of the mornings in Jakarta look like this: 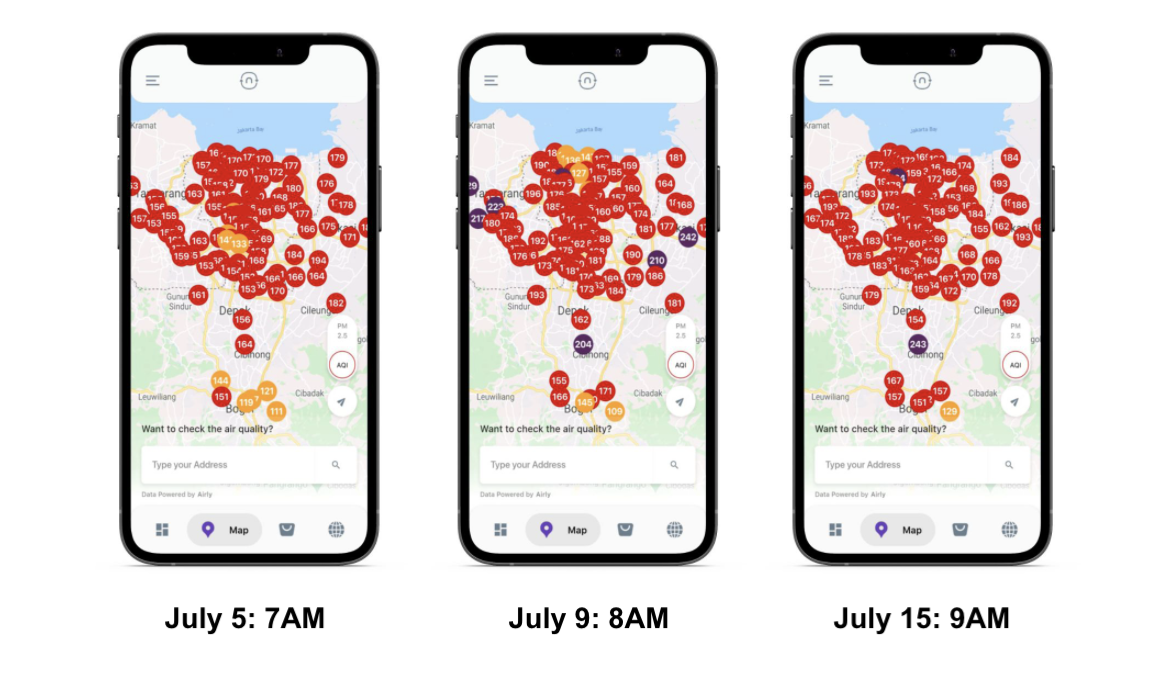 What is the situation in Indonesia?

We took a look at the 2 weeks before PPKM and 2 weeks during PPKM, for each area calculating the number of hours recorded at each air quality level - Good, Moderate, Unhealthy for Sensitive Groups (UHSG), Unhealthy, Very Unhealthy and Hazardous.

With travel and movements limited we were expecting to see a decrease in Unhealthy and UHSG, as well as an increase in Moderate hours.

That wasn’t the case.

According to nafas air quality data, the opposite happened in Jabodetabek. As you can see in the charts below, in DKI Jakarta the number of Moderate hours of air quality decreased, and UHSG increased. In Bodetabek the difference was even more stark - Unhealthy hours increased significantly.

The situation was slightly different in Bali and Yogyakarta, where PPKM lockdowns did improve air quality substantially, visible in the data below. 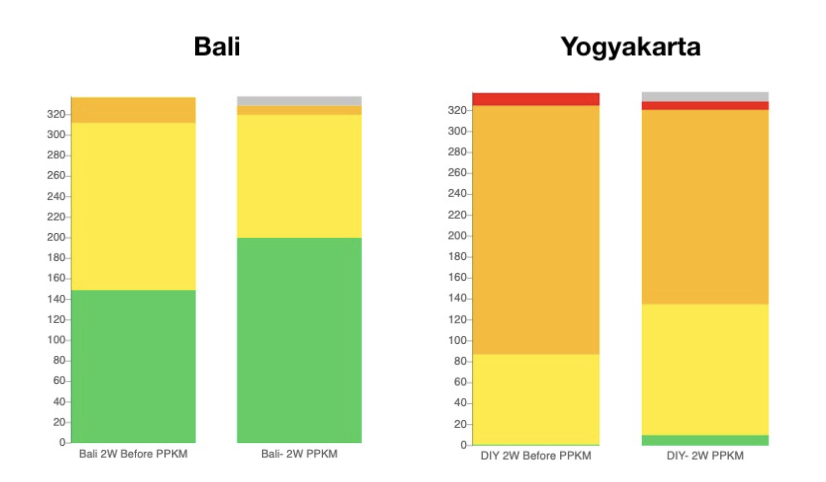 To see data from each of the cities in Jabodetabek (North Jakarta, South Tangerang, etc.) scroll to the bottom of the article.

So why is this happening?

Reason #1: Transport is not the only source of air pollution In the past, published reports have highlighted that most of Jakarta’s air pollution is caused by transportation. Yes, Jabodetabek does have an enormous amount of cars, trucks and motorcycles, but many of them have been taken off the road during restrictions.

This means that air pollution in Jakarta is caused by other aspects as well. This includes things such as: 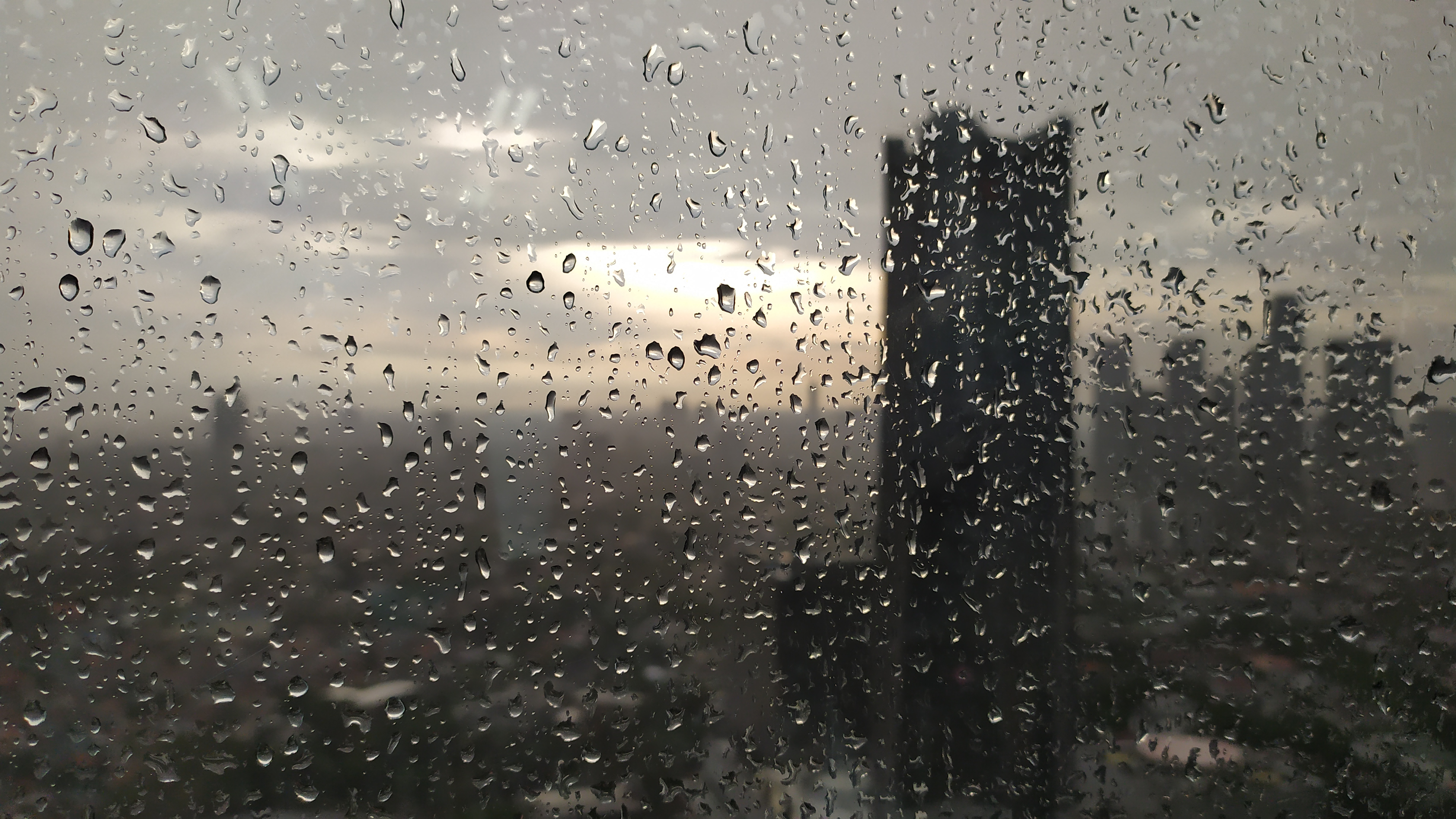 During the wet season from November to March, we saw air quality in Jakarta reach unprecedented levels - we had entire days that were Good and Moderate!

Although it seems that we had solved our air pollution problems, the truth is that the rain, wind, wind strength and direction all contributed to our blue skies by moving the pollution away somewhere else.

Since May, the number of days with rain have decreased significantly, and the air pollution we are producing in Jabodetabek is not going anywhere.

After PPKM started, we did see some days with better air quality, but those happened to be on days where there was rain and wind. 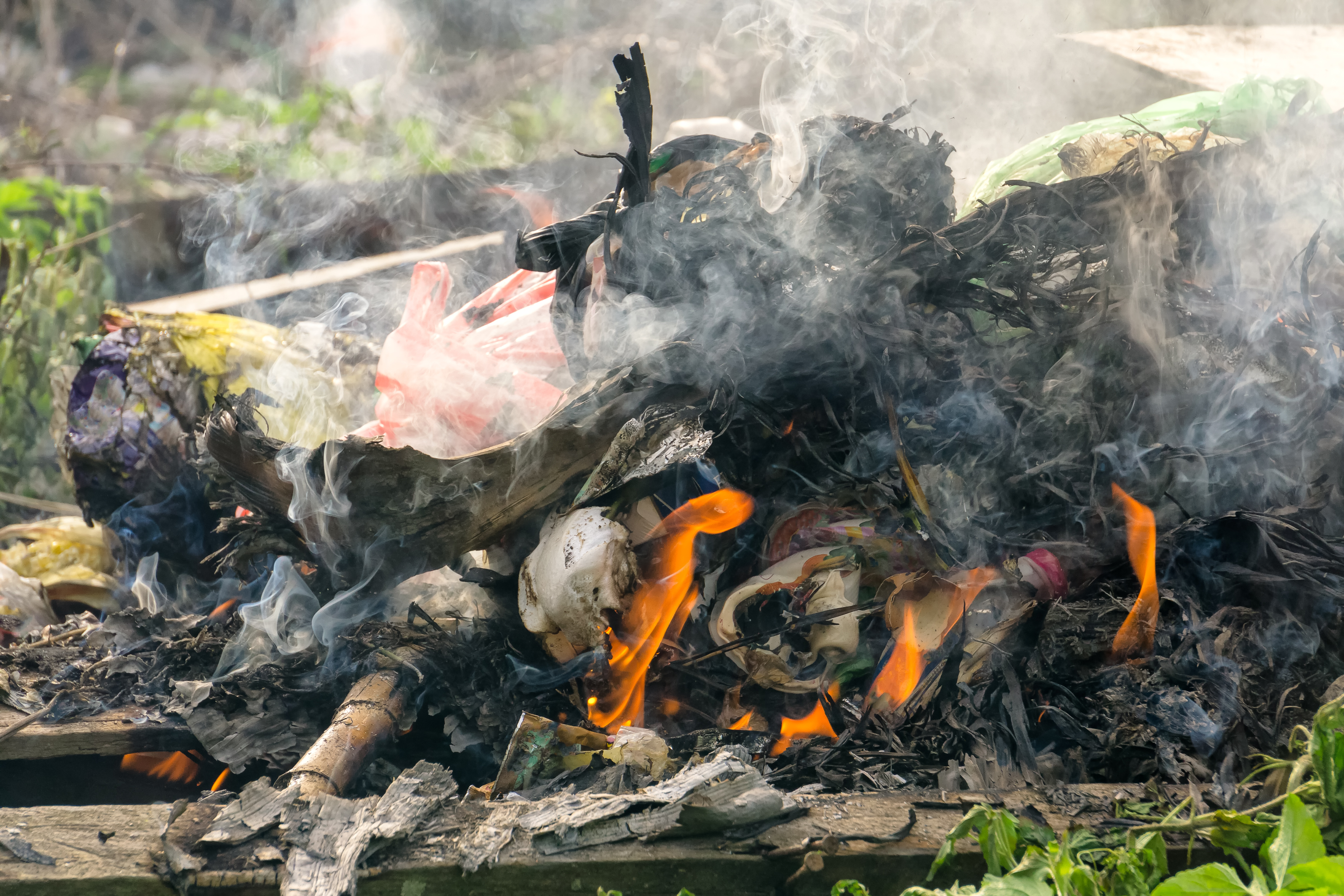 Industrial and personal trash burning is an enormous issue that plays a large role in the air pollution problem in Jabodetabek. Throughout the city there are areas where larger piles of trash are burned due to lack of waste management resources. The addition of plastics and other elements in this can produce very toxic fumes.

Much of the trash burning occurs in the middle of the night when smoke is not visible, and contributes to Jakarta’s air quality being the worst between 8PM and 9AM. Exercising between 4 and 9AM in the morning can actually be unhealthy (read more about it here).

There are also many incidents of people burning trash around their homes, including by household staff. On an individual scale this might seem to do little harm, but multiple that by thousands of incidents per day and the issue grows exponentially.

If you experience trash burning in your area, have a conversation with the local RT about waste management and the dangers of setting fire to garbage.

Additional data for all key cities is listed below: 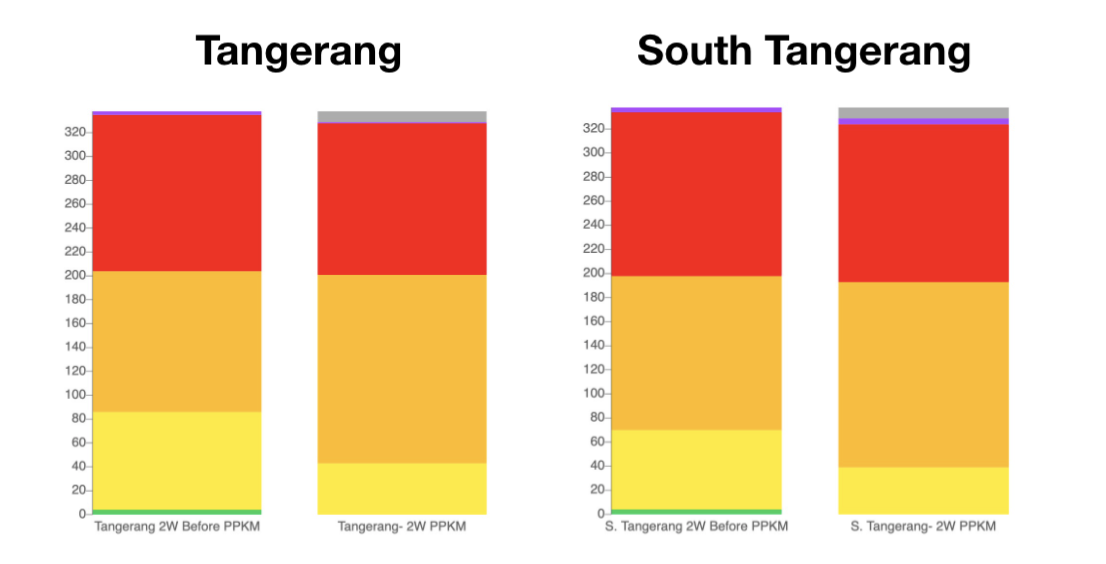